Hoi An was once a major trading port of Vietnam in the 17th century. Nowadays, the lovely riverside town is attractive for its charming old streets with various ancient houses and buildings. The architecture of the city is a mix of Chinese, Japanese, and a hint of Western-style, making Hoi An a vivid showcase of old-charming arts. The abundance of art galleries, temples, and museums provide a movie-like backdrop for the town’s lantern shows happening every month as all-electric lights are turned off and the river is lit up with hundreds of shimmering lanterns.

Hoi An doesn’t have a railway station or an airport so travelers have to transit in Da Nang city which is 30 kilometers away and approximately 45 minutes of transporting. It is possible to take an overnight train or a long ride bus to get to Da Nang, yet the quickest and safest is taking a flight to Da Nang airport. To get to Hoi An, people can also travel from Hue to Hoi An by bus/ car or motorbike if they want to enjoy the view on Hai Van Pass.

Tiny roads of the ancient town are perfect for relaxing and flexible transports like cyclo and bicycle. It’s very popular to take a rickshaw ride when you have time to go sightseeing in Hoi An.

Similar to other places in Vietnam, motorcycles are the best way to get around the city or to easily visit the surrounding areas. In Hoi An, the most ideal way is probably riding a bicycle since the center of the old town will limit cars and motorbikes during the daytime. Not to mention, who would say no to a scenic ride along the rice field?

Walking is the best way to enjoy the scenes of Hoi An. No reason to haste while in such a peaceful and reminiscent town. Stroll around the colorful alleys of Hoi An and capture the moments anywhere without concerning about your vehicle.

Hoi An located in the Central of Vietnam so the temperature is relatively high during summertime, especially from June to August. The best time to visit this ancient town is from February to May or August to October The stormy season starts from October to December with a lot of rains and a high chance of flooding so prepare yourself in advance.

JAPANESE COVERED BRIDGE
The Japanese-covered bridge built-in 1593 is the most iconic landmark of Hoi An. Connecting the Japanese quarter to the Chinese quarter, the bridge is visited by almost everyone while in Hoi An. The ancient artwork remains intact today with meticulous carvings on its roof going along well with a Japanese temple at its northern side. 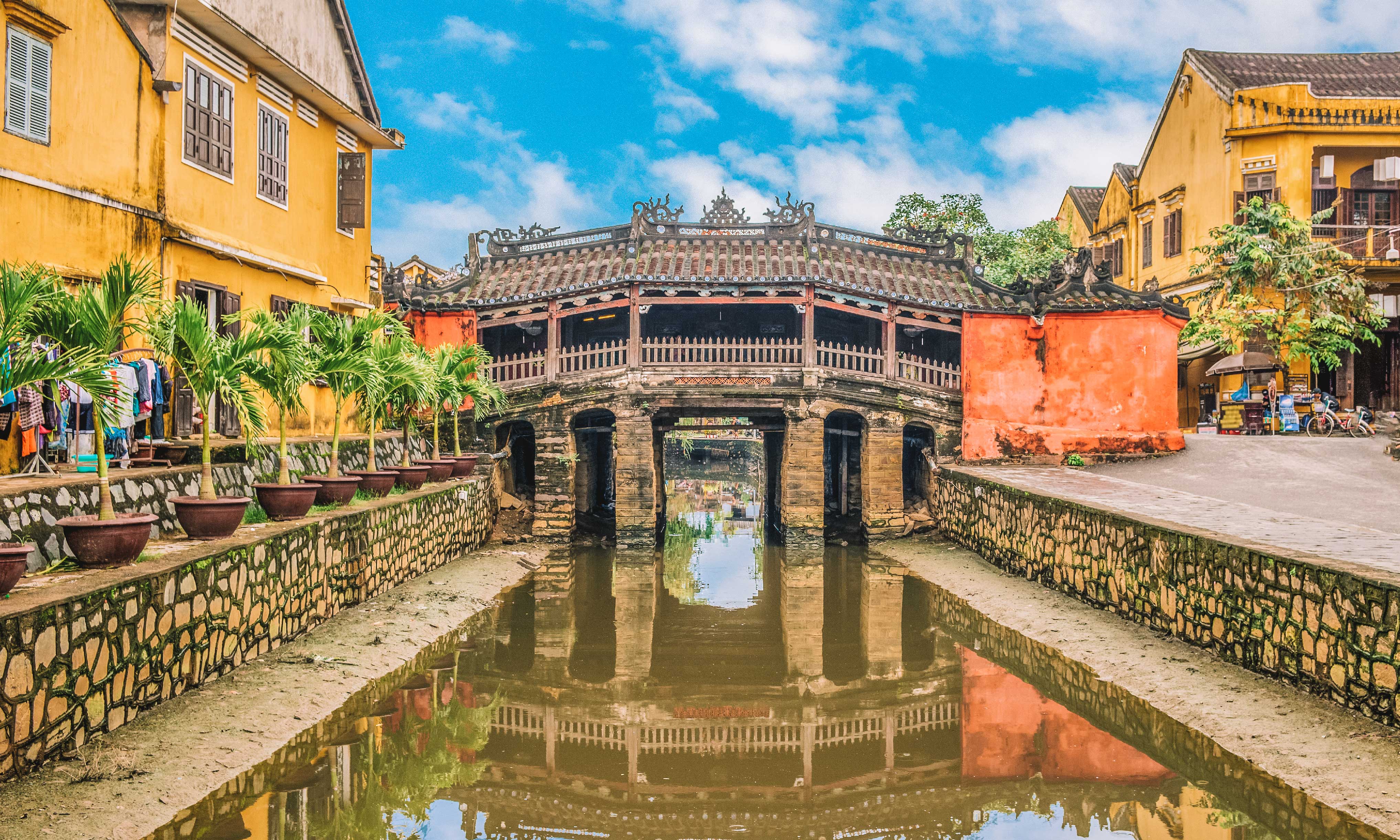 FUKIEN CHINESE ASSEMBLY HALL
A grand assembly hall built in the late 7th century is relatively well-preserved. Feelings of the past inscribed upon its walls enchant those setting their foot in. The compound hosts a temple worshipping the Goddess of the sea who protects fishermen. Objects and statues inside the temple are elaborating, present the brilliant artworks of the past. 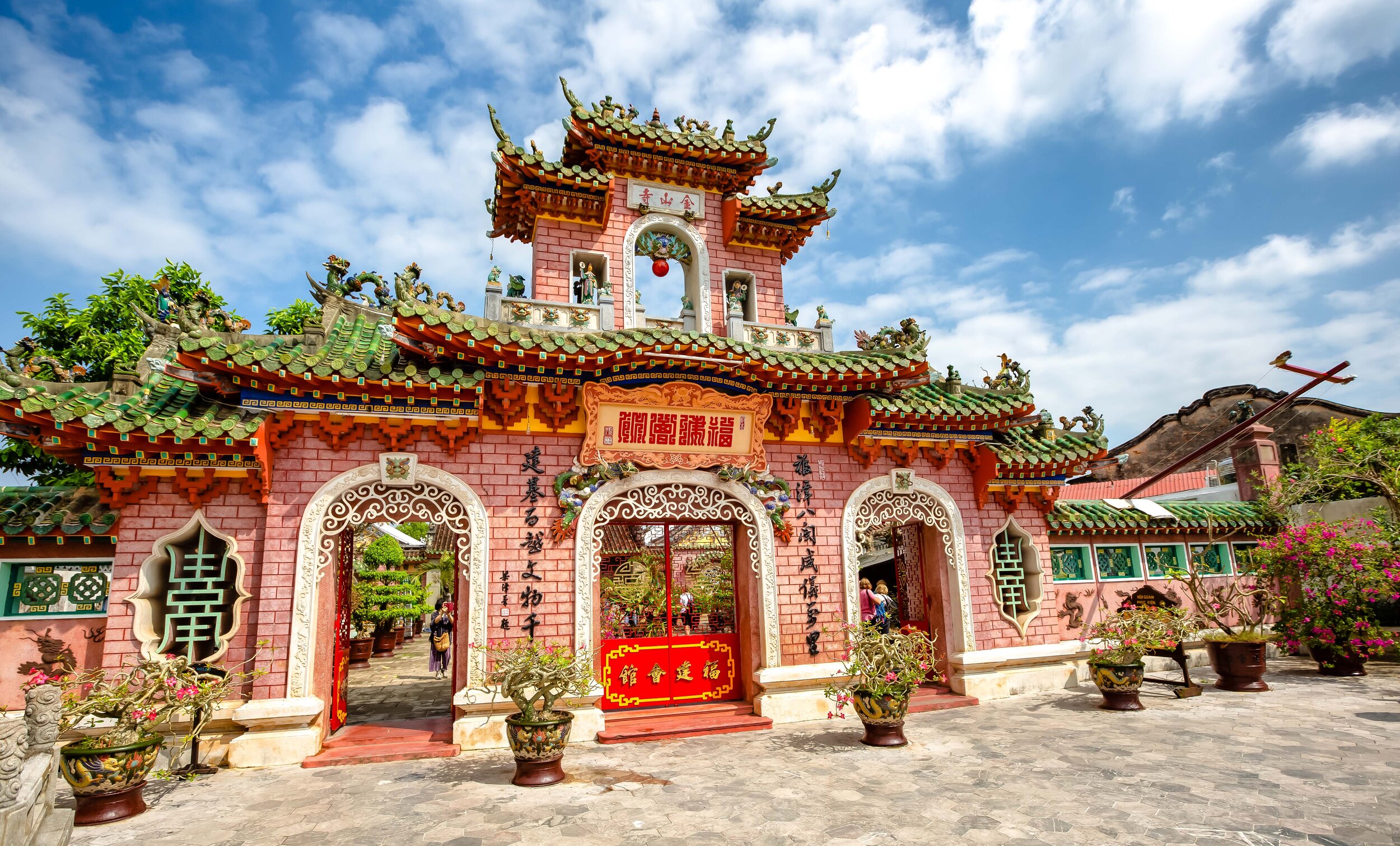 TRA QUE VILLAGE
Tra Que village is a lovely rural site on the outskirt of Hoi An. For many centuries, fishermen settling down on the land created a long tradition of the village. Visitors to Tra Que are introduced to the typical agricultural works of Vietnamese farmers and learn how some signature dishes of the region are made from fresh ingredients in the village.

CUA DAI BEACH
Cua Dai Beach is a popular destination for the locals. The long white sand beach is about 5 kilometers away from downtown Hoi An. Stunning landscape on the way ushers tourists to a very good deal of leisure.

CHAM ISLAND
The island was discovered by the Cham some 3,000 years ago and has been preserved with many of its old architectural constructions. Several religious sites worth visiting include the shrine of Than Yen Sao, built-in 1843, and Hai Tang Pagoda, built-in 1753. 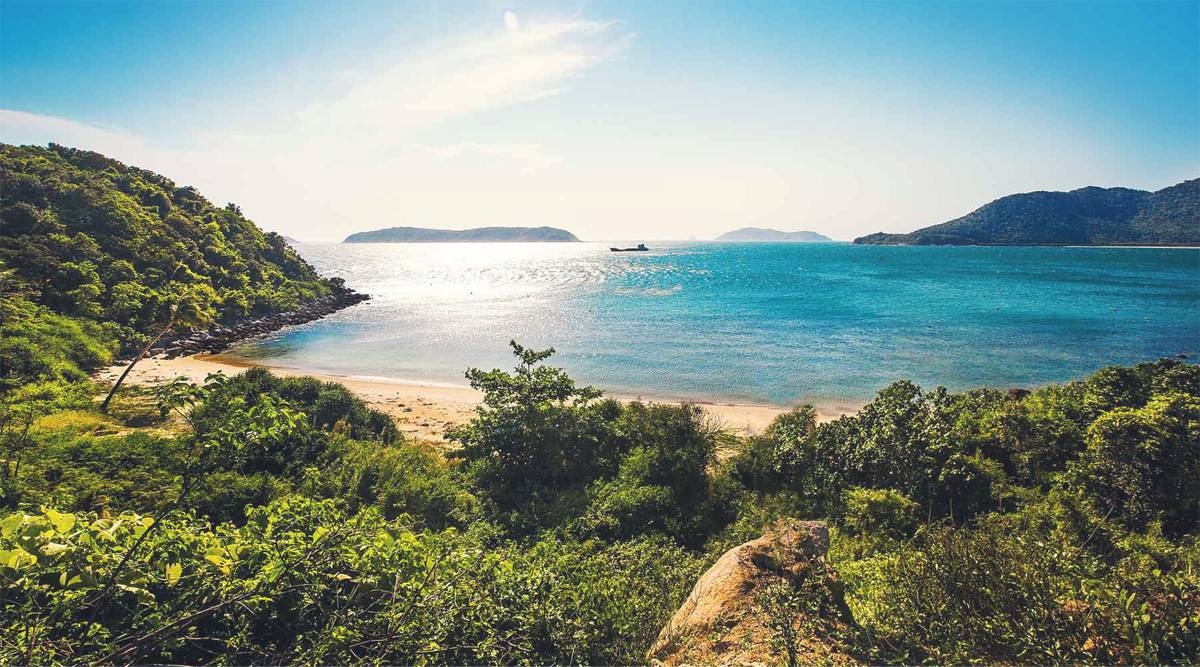 MY SON
The archaeological site of My Son reveals stories about the civilization of Cham a thousand years ago. My Son served as the former capital and sacred land of the Cham Kingdom. Artifacts suggest that on its glorious day, My son had 70 style temples and stupas. Undergoing stark airstrikes in the 1960s, My Son still has over 20 ancient structures and was designated a World Heritage Site by UNESCO in 1999. 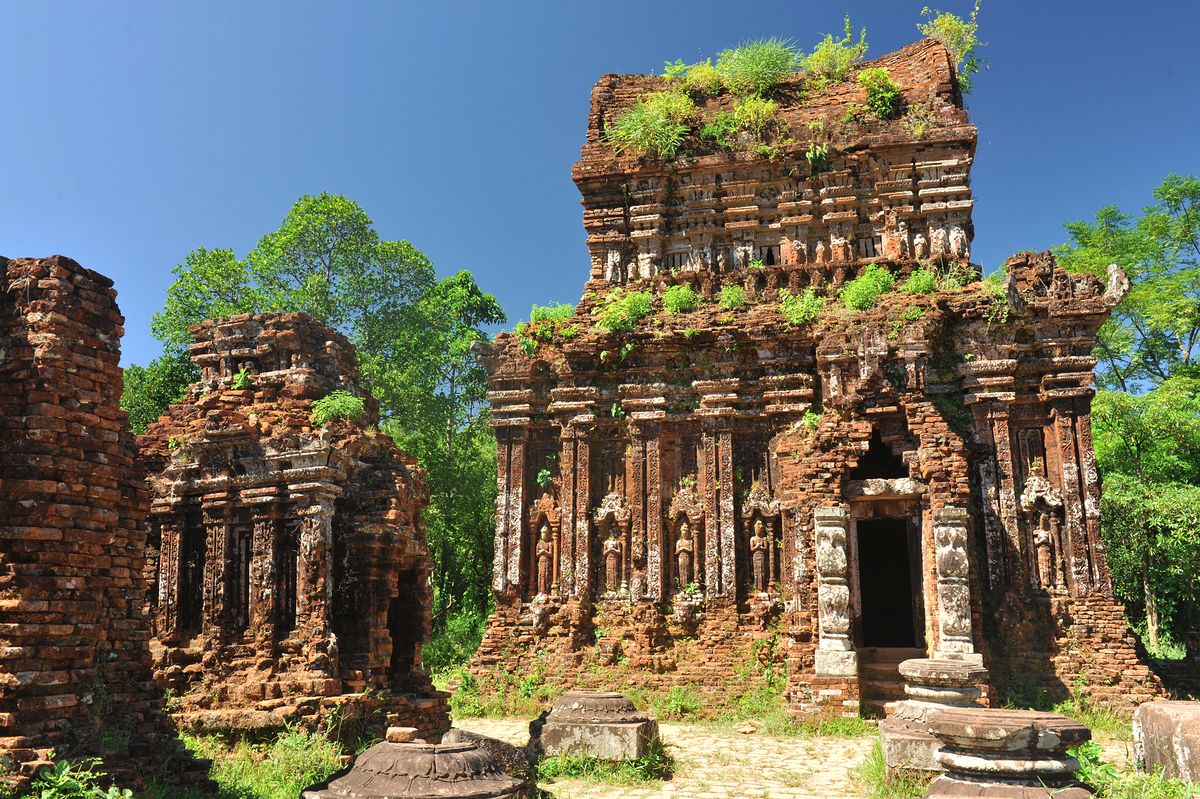