Lunar New Year or ‘Tết Nguyên Đán’ (abbr ‘Tết’), is the biggest and most significant festival in Vietnam. Traditionally it was a time to show respect for family and ancestors, past and present, and also to have a break between agricultural seasons. It’s a very spiritual holiday, when people finish the current year’s business and start the New Year with good fortune and happiness. The public holiday may only run for one week, but in reality, Tết celebration lasts much longer. If you are in Vietnam during Tết make sure you check out our guide for more information on what to see and do.

I. When do people celebrate ‘Tết’ festival in Vietnam?

‘Tết’ Festival in Vietnam usually falls in late January or early/mid-February. The dates vary from year to year as it is based on the lunar calendar. The celebration lasts one week or longer.

In 2020, Tet Festival takes part on January 25. Typically public holidays will last for seven days. The specific days taken will depend on how the dates fall over a weekend, and extra days may be declared holidays to bridge to weekends. During this time a lot of shops and businesses will be closed or running on a skeleton crew. In 2021, Tet Festival is celebrated on February 12.

II. How do people celebrate ‘Tết’ festival in Vietnam?

Since Tết is the most important festival in Vietnam, preparations for the celebration begin well in advance. Vietnamese people start preparing for Tết weeks in advance. It is the same as westerners start preparing for Christmas as soon as Halloween is out of the door. The actual celebrations are divided into three periods: Tất Niên (penultimate New Year’s Eve); Giao Thừa (New Year’s Eve); and Tân Niên (New Year itself).

Tết is the time for family and to show their gratitude to their ancestors. Vietnamese people practice an ancient form of ancestor worshipping. They believe that the spirits of the dead still live on, visit and protect the living through the year. During ‘Tết’ time, ancestors are invited to join the holiday with traditional meals and offerings being placed on the family altars. On the final day of ‘Tết’, the paper offering will be burnt as Vietnamese believe that how their ancestors receive the offering. Throughout the holidays Vietnamese will gather visit their family, friends and their teachers to wish them a happy as well as full of prosperity new year.

CUSTOMS AND TRADITIONS FOR TET

There are many other customs practiced during this festival in Vietnam – from cooking special food, such as Banh Chung or Cha Gio to cleaning the house. Vietnamese people believe that the end of the old year is the time to sweep away all of their bad luck and misfortune so they can have the New Year with a fresh start. Weeks before ‘Tết’, families will start to clean up and decorate their homes quite often.

Other customs are the giving “ lucky money” to children and the elderly in red envelopes and playing traditional games.  Many families will also decorate their houses with colorful flowers. Kumquat trees and peach blossoms (in the North) or apricot flowers (in the South), both with important symbolic meaning in Vietnamese culture, are put in homes and offices, again with the hope of bringing good wishes for the year to come. You’ll see them all over the country either being displayed or being bought and sold from markets.

Tết celebrations on the streets of Vietnam’s cities, towns, and villages are noisy affair with a parade of people trying to make as much noise as possible using firecrackers, drums, bells, gongs, pots, pans – whatever they can find that’s loud – to scare off evil spirits. Participants also wear masks and perform traditional Lion Dancing – another tradition that’s thought to ward off evil. After the parade, families and friends gather to eat the traditional Vietnamese food they have prepared in a celebratory feast. 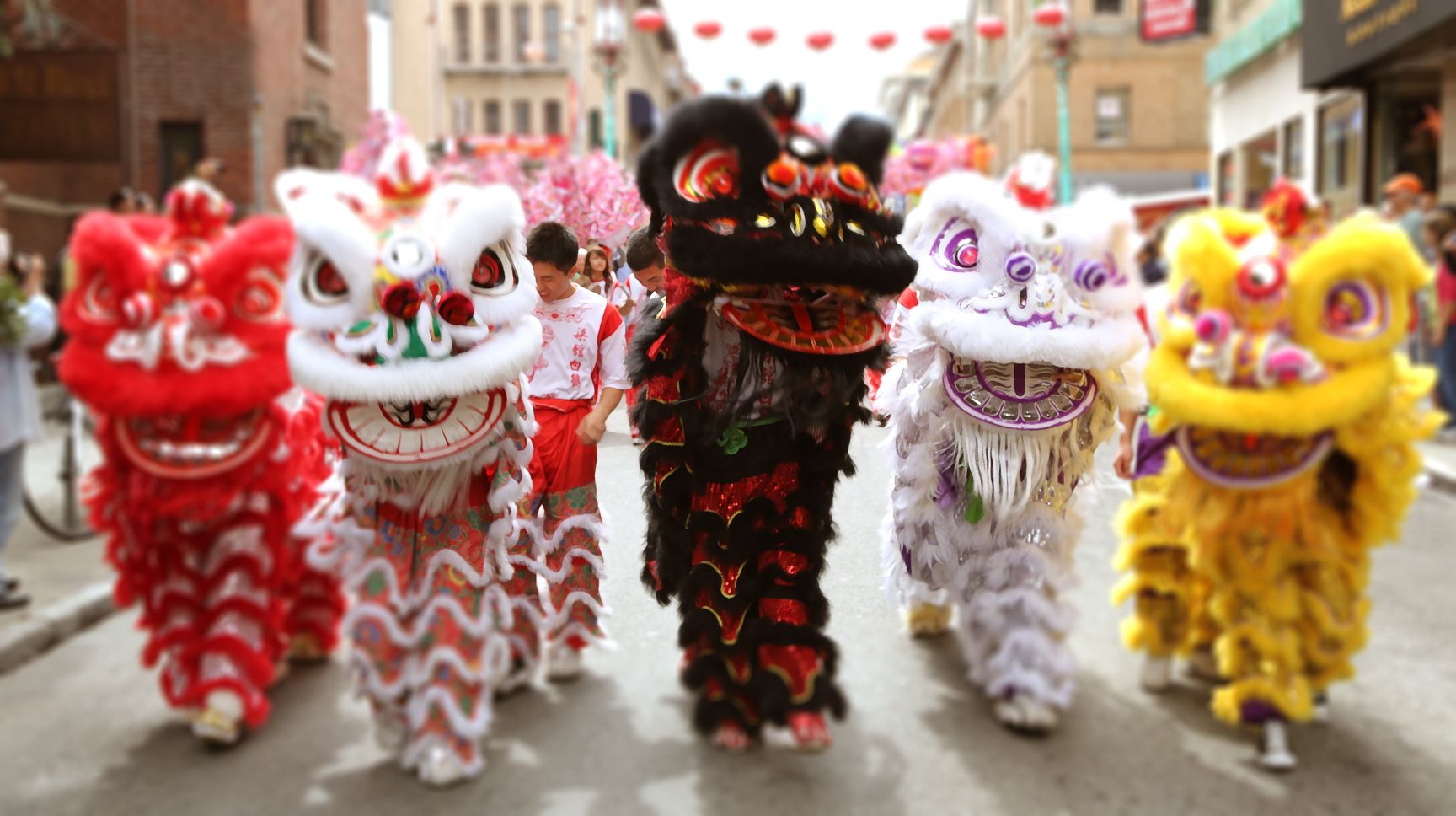 What does the Tet festival in Vietnam mean for tourists? It is a particularly good time to visit in Vietnam? Should I time my Vietnam visit to avoid Tet? Many travelers have such doubts in mind. To help you to make the decision, here are some facts to know about Vietnam during Tet Holiday:

Traveling in Vietnam during Tết can be frustrating and significantly more expensive than at the rest of the year. Vietnamese people travel a lot this time (return home or go back for work) so be sure to book out weeks in advance. Book flight tickets as soon as possible, especially for domestic flights between big cities (Ho Chi Minh – Ha Noi, Ho Chi Minh – Da Nang and vice versa), or else you may have to pay 5x as much for a ticket. If you are flying within the country, be ready to go 3 or 4 hours before your departure time or 4 – 5 hours if you have an international flight.

There will be less people on the buses, however, we still recommend you to book the ticket in advance. And avoid choosing night buses since more bus lines operate during this time  could be more dangerous. There are still taxis and Grab operates during Tet, but prepare for the higher price.

Accommodations in Vietnam during Tet are abundant. Some hotels also organize New Year celebration parties, so don’t forget to check with your hotel in advance to be part of the fun. However, some hotels may raise the price if you stay during Tet holiday. Some tourist attractions remain open during Tet, but many museums, mausoleums, and indoor exhibition places will be closed for the first three this festival in Vietnam. Make sure to check the schedule carefully before you go. Temples will be the only part of cities that remain busy as most locals visit them throughout the holiday. If you’re looking for a relaxed, meditative atmosphere then this is not the time to come. If you want to see real Vietnamese culture and families paying their respects to gods and ancestors then you could temple hop for days. 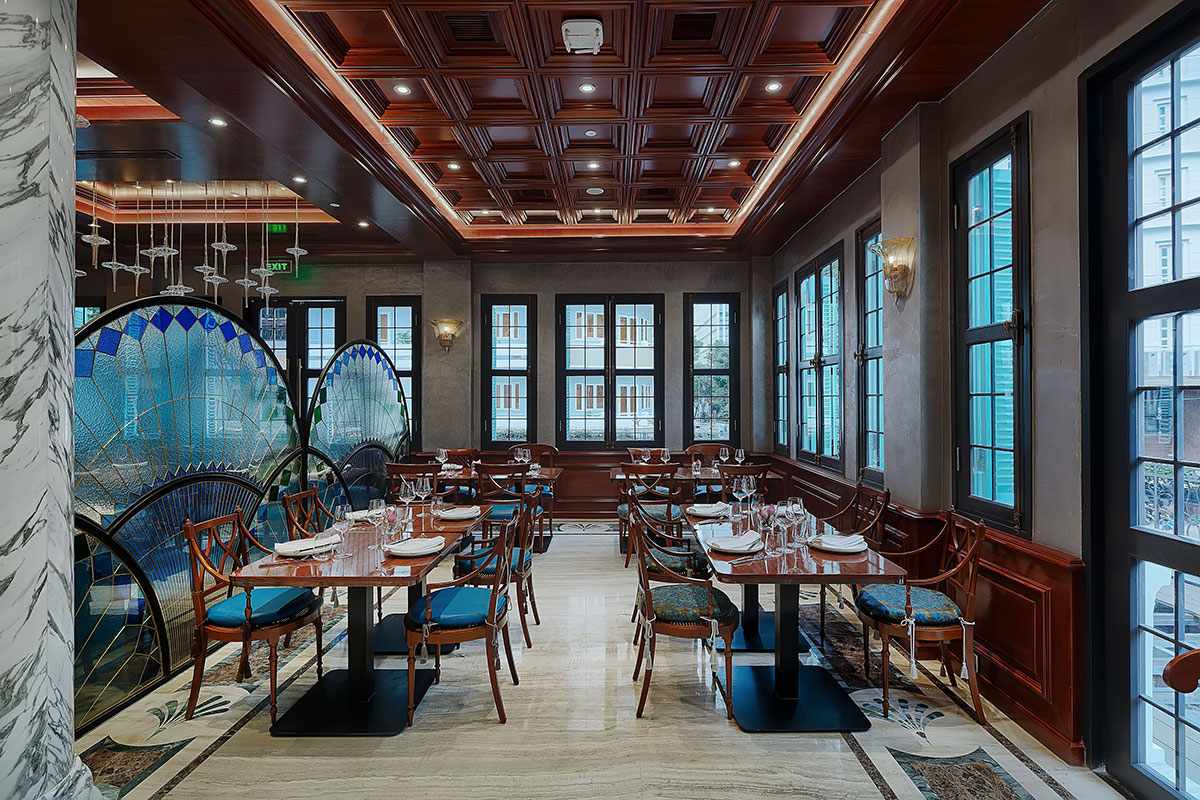 Many restaurants and coffee shop also take some days off during Tet. Occasionally December 30th and January 1st of the Lunar calendar, which is January 24th and January 25th, 2020. Some of them are open throughout Tet but expect higher prices and limited options.

Many shops will be closed for the first few days of Tet Festival. In the week leading up to Tết, shops and markets are swarming with people trying to get their shopping before the holiday. In touristy areas, some shops stay open; however, it’s few and far between. Although markets and shops used to be closed for almost a week now it’s only likely to be the first few days of the new year.

ATMs would work, but banks will be closed for the national holiday.

It’s vital to know about the weather before you travel so you can prepare before hands. This festival in Vietnam usually falls in mid-January or February. All across Vietnam, the weather is dry and bright. Temperatures in the north (Hanoi, Halong Bay) will be relatively cool (avg temp: 17 °C), but higher in central Vietnam (Hoi An, Danang, Hue, Nha Trang, etc) and South Vietnam (Ho Chi Minh City, Mekong Delta) (avg temp: 25-28 °C).

So to sum up, we get you some tips for traveling during ‘Tết’,  because there are a few social and cultural traps that the unwitting foreigner could easily fall into without the relevant knowledge. For Vietnamese, the first few days of the New Year set the tone for the whole year to come – so it’s important not to put your foot in it.

If you want to know more about traditional festivals in Vietnam read out another article about Mid-Autumn holiday. And feel free to discuss your opinion about holidays in the comments.