A Talented Hanoi Artist and His Mini Water Puppet Show

A Talented Hanoi Artist and His Mini Water Puppet Show

Do not miss out on a unique entertainment genre in Vietnam – Hanoi water puppet show!

Famous water puppet artist Phan Van Ngai, father of Phan Thanh Liem devoted his whole life to the Vietnamese water puppetry in general, Hanoi water puppet show in particular. Indeed, he was the one who brought water puppets from the village’s ponds into theaters. Also, that creation is now for use in all water puppet theaters. Plus, he is also the creator of “Chú Tễu” (the M.C) which now displays in the Louvre Museum in France. He was also the first in Vietnam to form the very first private water puppet incorporation, “Sông Ngọc”, for doing shows nationwide. 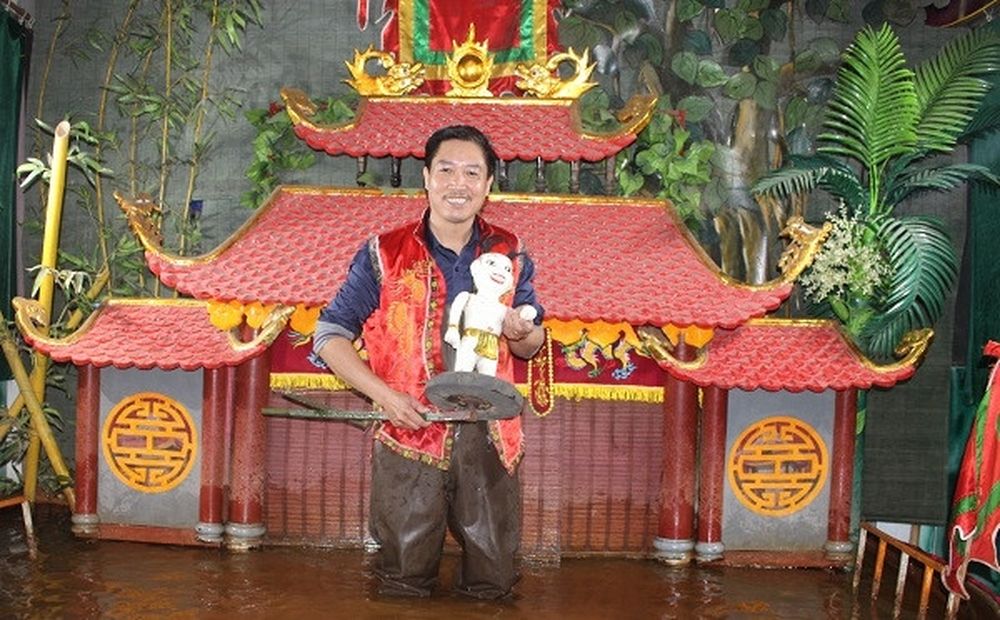 “In the old days in this village, there were about 40 people who could handle this art. I was the youngest to learn at age of 10 and I could perform it when I was 14, 15. Old men in the assembly and in the village respected me to be young but could do both crafting puppets and performing. After the Center Theater came and watched my shows, they asked me to come to the capital city to work for them. At first, I crafted puppets and trained actors.” – Artist Pham Thanh Liem said in one of his interview.

In 1982, I was sent here to work in this Nam Chan water puppet assembly. I then studied and created the mobile water theater. At that time things were not in good conditions like those nowadays. We took great effort to make the first show in a mobile theater and invited the Ministry of Culture to come. Mr. Mai Vi, the vice minister came and liked it a lot”

The creator of the mobile theater and new puppet designs for what most of the guests watch Hanoi water puppet show nowadays!

Traditional puppets are made of fig wood and attached to a long stick so artists can control it. But, one artist can only control one puppet at a time. So, in a play of 5 characters, 5 artists are essential to handle properly. The traditional theater can be as big as 10 meters wide with a lot of heavy decorations. It makes traditional theater next to impossible to be moved. Artist Phan Thanh Liem, creator of the mobile theater and new puppet designs. He can control multiple puppets at a time.

His theater is smaller, movable for his shows at different places. In the old days with big theaters, artists had to stand in a big pond with water up to their chests for hours long. But, with Liem’s theater, he can sit on a bench to control the puppets. He named his creation “one-man water puppet show”. Phan Thanh Liem never stops thinking of improvement and bringing new life experience to his theater. Traditional puppets now also have a new role as ambassadors of the environment or to give warnings about social evils like illegal motorbike racing. And the most recently he creates new play of the South China Sea problem named “Tễu tells the story of the South China Sea” 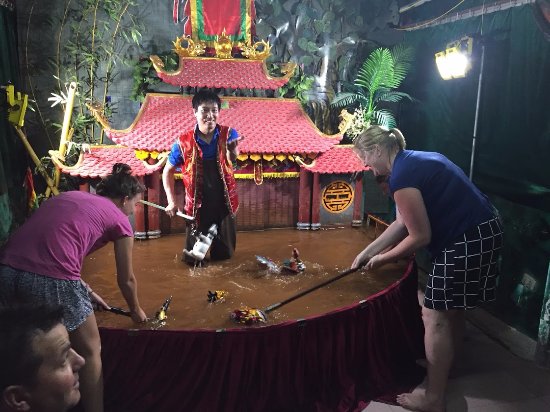 Artist Phan Thanh Liem has been invited to bring his mobile theater to different remote areas of Vietnam. Also, he has taken part in international puppet festivals in South Korea, Italy, Poland, Thailand, Canada, Britain, France, and Japan. Through these festivals, his favorite thing is to introduce Vietnam’s traditional art to friends worldwide. Generally speaking, water puppetry has devoted to introducing images of Vietnam and its culture, people to friends over the world. Hopefully, Vietnam water puppetry will be more and more welcomed and loved by Vietnamese people and friends worldwide.